For anyone who loves to do nail art and is using a lot of different colors, I saw this great tool for making life easier.

This tool was actually designed by the brother of one of the gals I met at the ISSE Long Beach Show. 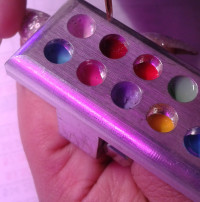 His field of expertise is in metal work. And since his sister is a amazing nail artist, he designed this to make her artistic life easier.

The idea is that you can have all your colors, literally, at your fingertips. 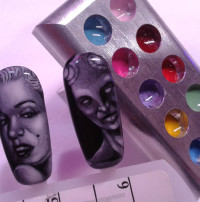 At this time, the sizing is for large and small fingers, but they are in the process of making a adjustable ring for it.

The cost is only $30. It is metal for easy cleaning and it is light on your finger.

The name of the  metal artist for this ring is Tony Esquuivel and interested parties can contact his sister. 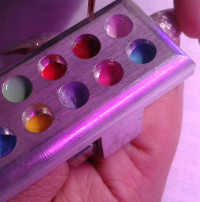 A time of “First’s” for Tomoka!

It was such pleasure to meet this young lady who flew to Long Beach to compete for the very first time.  And it was her first time in the USA!

She came all the way from Japan with her friend who was her model for the Novice Mixed Media Art Competition.
As you can see she won quite a large trophy. 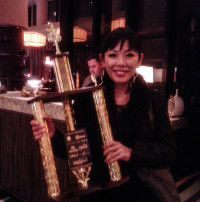 Congratulations to Tomoka from Japan for her “Japanese Zombie” nails.
Her friend is going to send me pictures and I will post them for you later!

ISSE Show Long Beach 2014 was a huge success by all measures. All the big nail companies were there showing off their wares. I took a couple shots to show how nice the booths were. 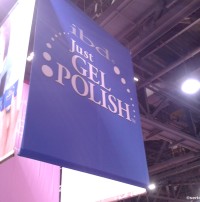 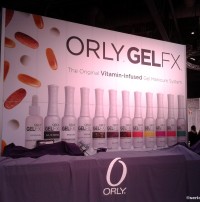 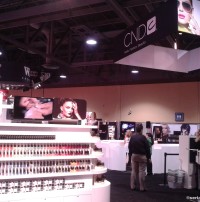 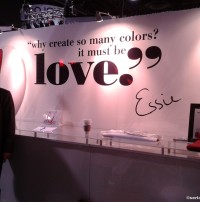 It is definitely a thing of love for nail technicians. And hair dressers too! 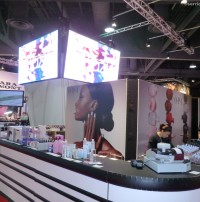 A huge 40′ X 60′ booth with four demo stations sporting large TV’s so everyone around could see without crowding into the manicure table. 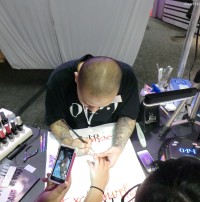 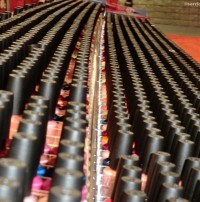 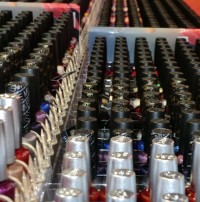 They had a large selection of lacquers as well as Gel Color. Including the new reds, brights, and effects Gel Color.

Young nails had a very nice booth. With wide open space for demos and nicely laid out product. The gals who were doing demos were so kind and the gals at the cash register were kind enough to tell me a little about the company. I found out that Young nails is actually named after the boys Mom, Young. Very sweet! And she goes into work every day! 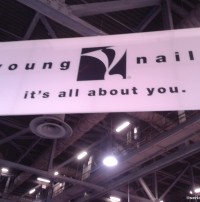 & LeChat were also there.

As well as the industries leading magazine, Nails Magazine. 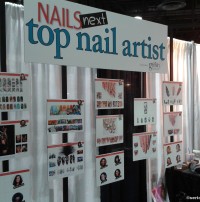 I had the pleasure to meet a couple of gals from Nails Magazine. Beth and Brittnay were very kind and I look forward to seeing them again. Pix to follow! 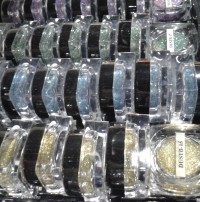 There were plenty of nail art supplies to choose from. And some great tools as well (That’s also another post!) 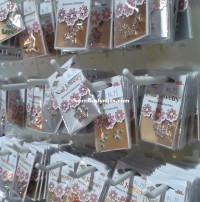 It was a fun filled hectic (tired feet) and worthwhile event. I highly recommend taking in at least one large trade show a year. That way you keep up on the newest techniques, get to hang around like minded people and get great energy from them. Plus you can get some really great deals at trade shows!