This is definitely a feel good story! Last July, OPI and Salon Centric nationwide did a contest for those who love both the store and the brand!

While in a Salon Centric store on July 13th, if you took a picture of your favorite OPI product and then shared it on your social media with the hashtag #opixsaloncentric, you were entered into a contest to win a $800.00 shopping spree through corporate OPI!

While I was in Aurora CO yesterday, the store manager Kim was asking about the winners. Since there were several students from the school next door to the store who had entered the contest, we did a little digging!

We found out that one of the students who was entered into the contest was one of the five winners.

You should have seen her face when we went next door to tell her she had won!!!! I have never gotten a bigger hug then from this VERY happy student!!!! 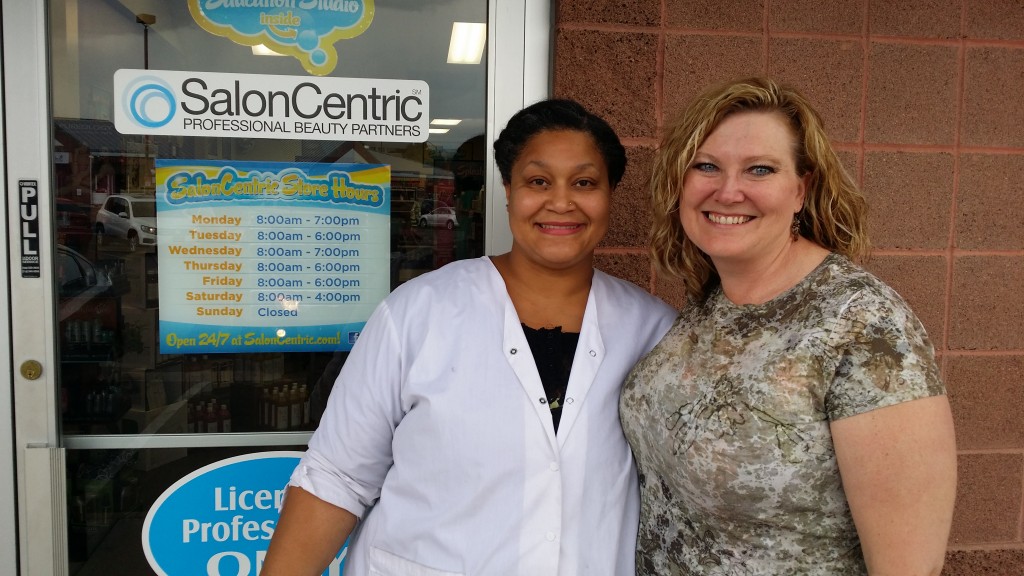